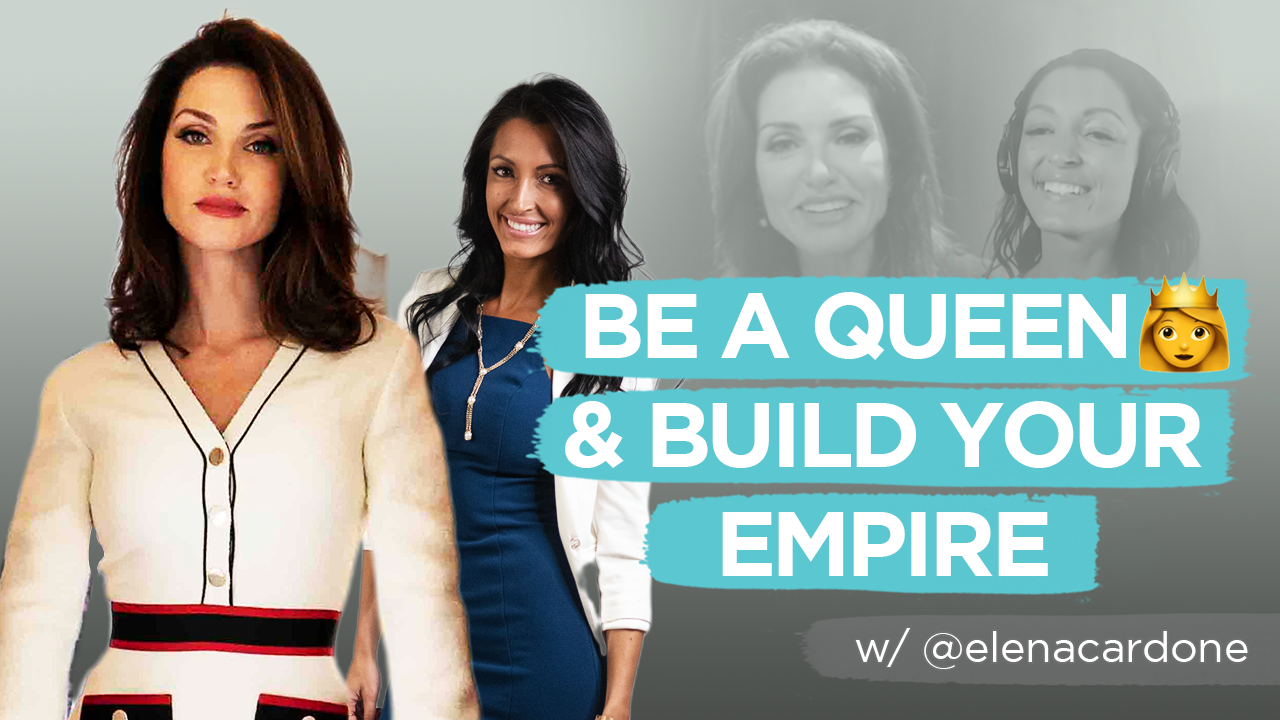 Elana Cardone is the real example of what it takes to be a Queen and build an empire alongside her King, Grant Cardone. Together, this power couple has created a real estate portfolio of almost one-billion dollars. In addition to her ventures with Grant, Elena is also an established author, business woman, public speaker and visionary. She has been featured in Forbes, the London Real and also hosts her own show called “Women in Power”.

In the episode, Elena Cardone breaks it down and shares with you what it really takes to be a queen and build a successful empire. If you are ready to step into your queenhood and create a powerful relationship, you’re going to love this episode. *You can also find a summary of what was discussed at the bottom of this article. 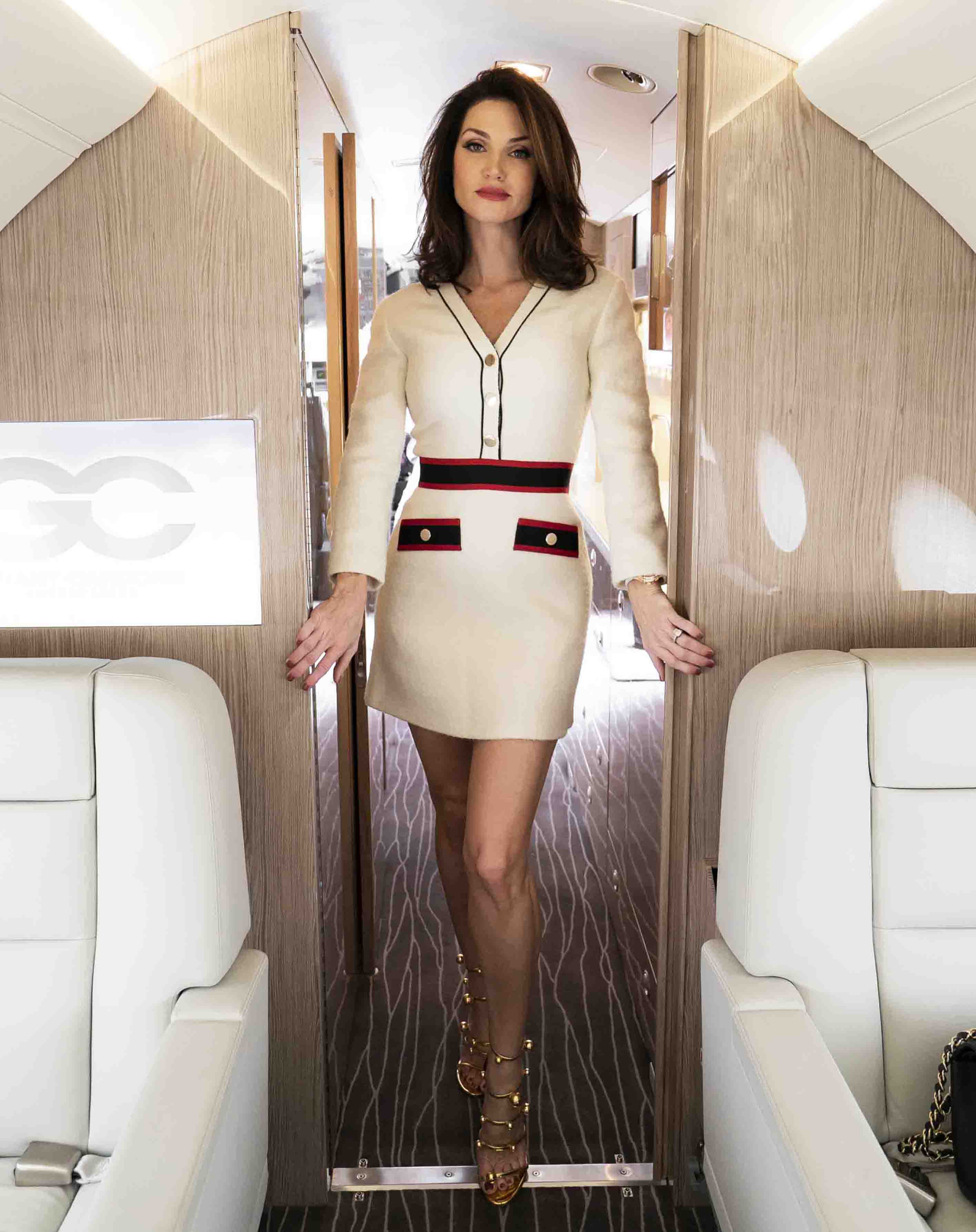 I met Elena Cardone for the first time when I had dinner with her and her husband Grant Cardone in Thailand. Right away, I knew I had to have her on my show because I believe so many women (including myself) can learn from her.

From rock bottom to reigning as queen of a powerful empire, Elena Cardone shares the details of her story and how she rose out of the dark place she was in during her early years.

Elena and Grant Cardone are very powerful individuals –an alpha woman and an alpha male. One of the big questions I personally had for her was how do you create harmony between two alphas?

She explained that while they are not perfect and still do experience power struggles from time to time, they have really mastered this issue through establishing boundaries and “roles”. Elena explains that once you establish the roles of each person in the partnership, you must respect the each other’s authority in each designated area.

“It’s very important, especially if you’re talking alphas, that each alpha is the general of that department and the other respect and not bypass the general. If you have two generals in one area, you’re having war.” -Elena Cardone 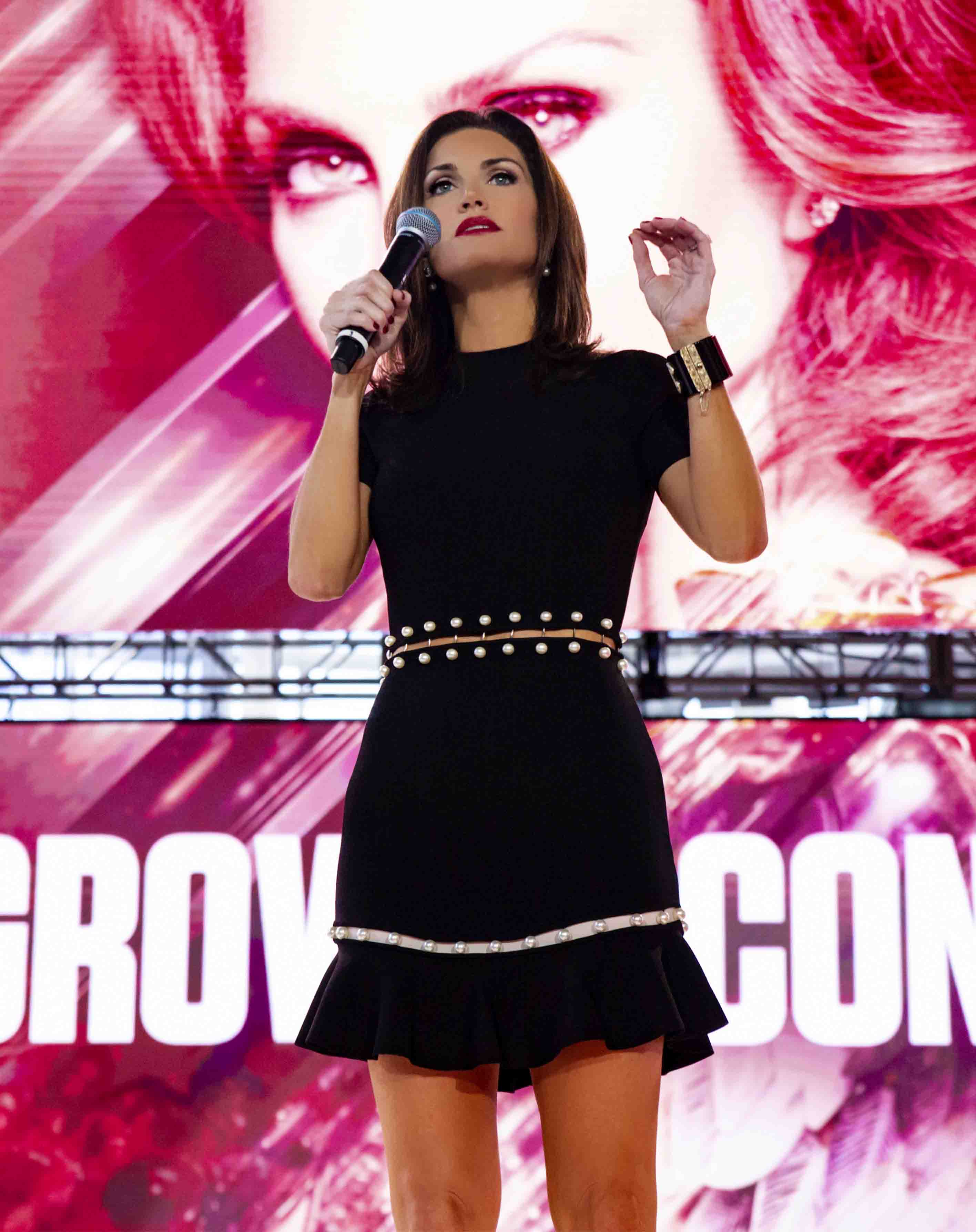 DEPENDING ON A MAN

Part way through the episode, Elena talks about how she used to be super keen about never depending on a man and how now she has found herself to be quite the opposite. She explains that she has found her true power by allowing herself to depend on a man. I love the way she explains this and it really hit home for me because I know sometimes I myself can get be a bit of a “miss independent” and not allow myself to lean on others, let alone my romantic partner. I HIGHLY suggest you listen to this part of the episode if you too consider yourself to be a very independent woman. It could open your eyes to a new perspective as it did for me.

As much as we think we can handle it all and do everything ourselves, we have our strengths and weaknesses and we must own them. Acknowledging yours and your partner’s strengths and respecting the roles in the relationship is key in making it be successful and last.

What is a ride or die?  I see a perfect marriage as two imperfect people who refuse to give up on each other. Period. No matter what. Nothing in this world comes easy and the same goes with marriage. You don’t always get to do what you want. There are sacrifices to be made and sometimes you do things you would rather not do in a perfect world. 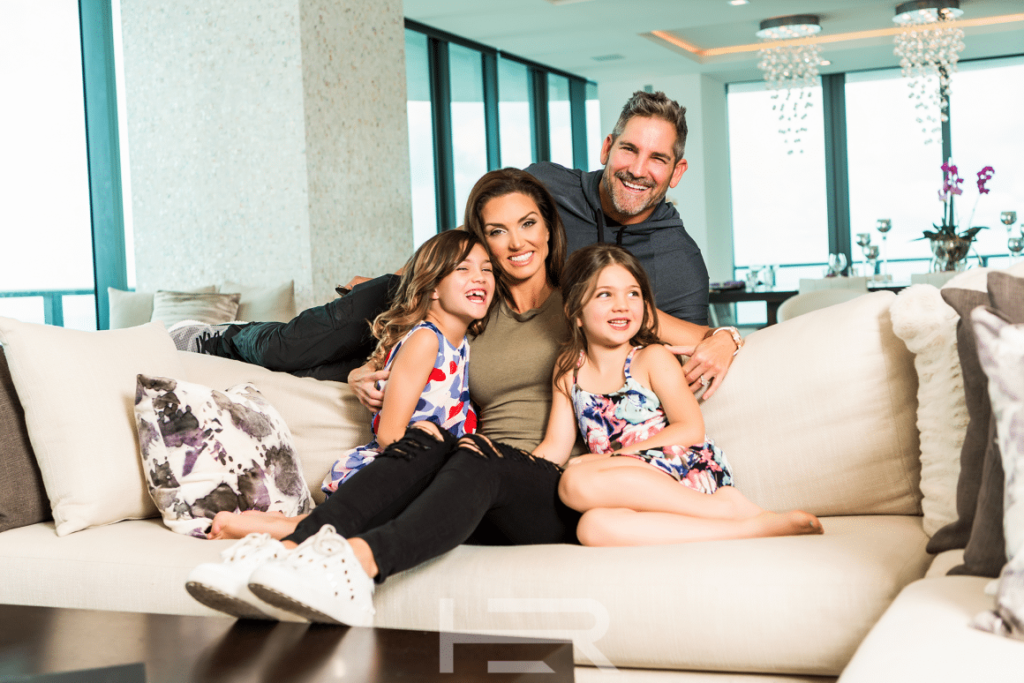 Anybody who said that marriage is easy is painting a fairytale in your head. It’s not always pretty. It’s not always rainbows and butterflies. There will be struggles, but in those struggles come victories that you create and share with each other. You build respect, trust, and loyalty through the struggles and when you accumulate enough victories, you become unstoppable.

Understand that sometimes relationships (and life in general) can be a roller coaster. There will be highs and lows. Ride or die means you are along for the ride no matter what. It is unconditional commitment. It is about sticking it through whether it’s easy or not and finding the best way to rise up and grow stronger together.

Elena talks about how Grant allows her to explore her own creativity so that she can harness that energy into ideas that really help the business. Other people may try to keep you in a box and “calm you down”, but the right one will embrace your vision, fan your flames and help you transform your ideas into a reality. 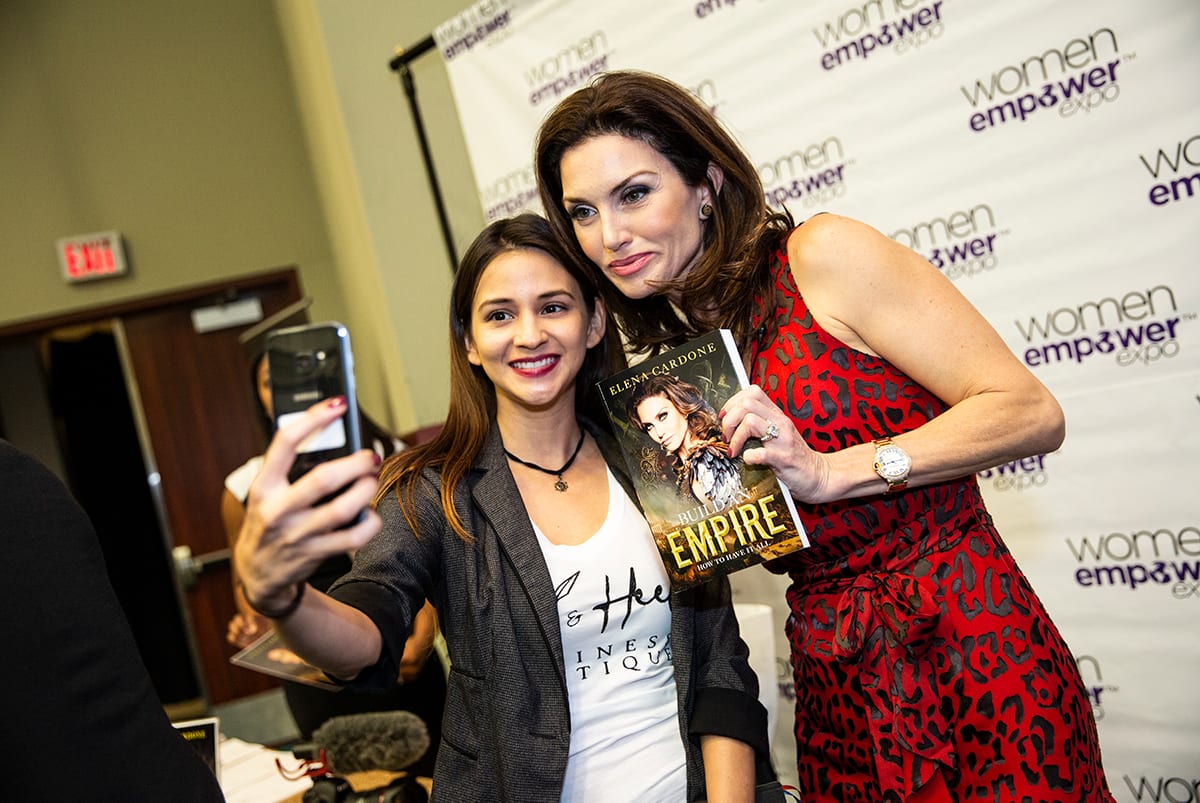 Be sure to grab a copy of Elena Cardone’s book “Build An Empire” at www.elenacardon.com/empire
Connect with Elena on Instagram @elanacardone
Visit Elena’s Youtube channel @elanacardone

KEY TOPICS IN THIS EPISODE INCLUDE… 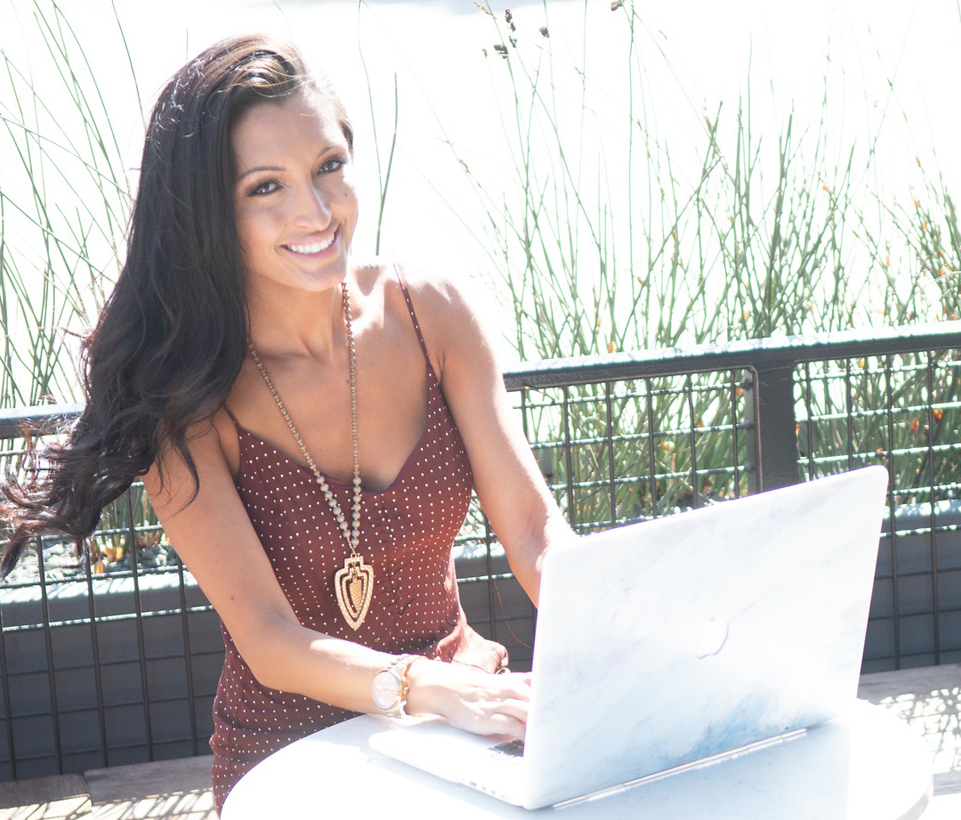 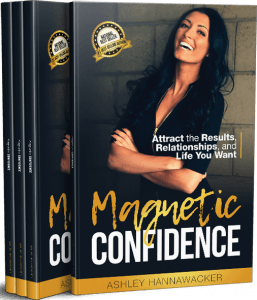